Frank Jacob is an international award-winning filmmaker, presenter, visual artist, musician and composer. Having teamed up with US motion picture production company Screen Addiction, his recent films explore the frontiers of consciousness-raising subjects in the films ‘Solar (R)evolution’, ‘The Klaus Dona Chronicles’, and ‘Packing For Mars’.

In March 2022, Frank broke a story about a mysterious group called the Guardians of the Looking Glass, who claimed to be a breakaway faction of the controversial Project Looking Glass having re-surfaced to help humanity avert upcoming disasters, which exploded onto the internet. This time-technology makes it possible to peer into timelines, future probabilities and more, and appears to be used by rogue elements in government, as well as the Elite, to bring about a technocratic New World Order.

He has since followed up with ‘A Tale of Two Timelines’, a webinar that dives deep into the history and main protagonists of that story, which connects consciousness, ETs, CERN, A.I., time-travel, inter-dimensional messages, the meaning of timelines, and an upcoming Cosmic Event with the power to propel mankind into a quantum evolutionary leap long predicted by indigenous peoples around the world. 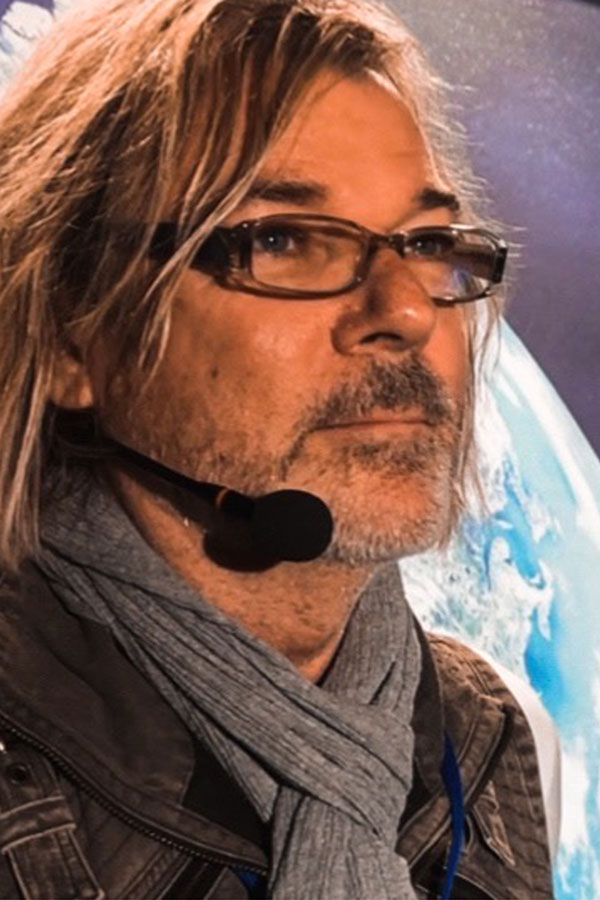 “What’s my motivation? We have to look at facts and truths now. That’s it in a nutshell. I am just trying to to uncover this. I am like a CONSCIOUSNESS ARCHAEOLOGIST that’s going back in time to uncover all the barefaced lies, technologically, biologically, and historically.” ~ Frank Jacob

Video snippet from INSPIRED interview GUARDIANS OF THE LOOKING GLASS II: Did We Shift The Timelines? (2nd INSPIRED-Interview)

The Beginnings of Looking Glass Revelations by Frank Jacob 2022 (LINKS▼▼▼).

„The antidot to the stupification of the population.”
~ Frank Jacob ~ 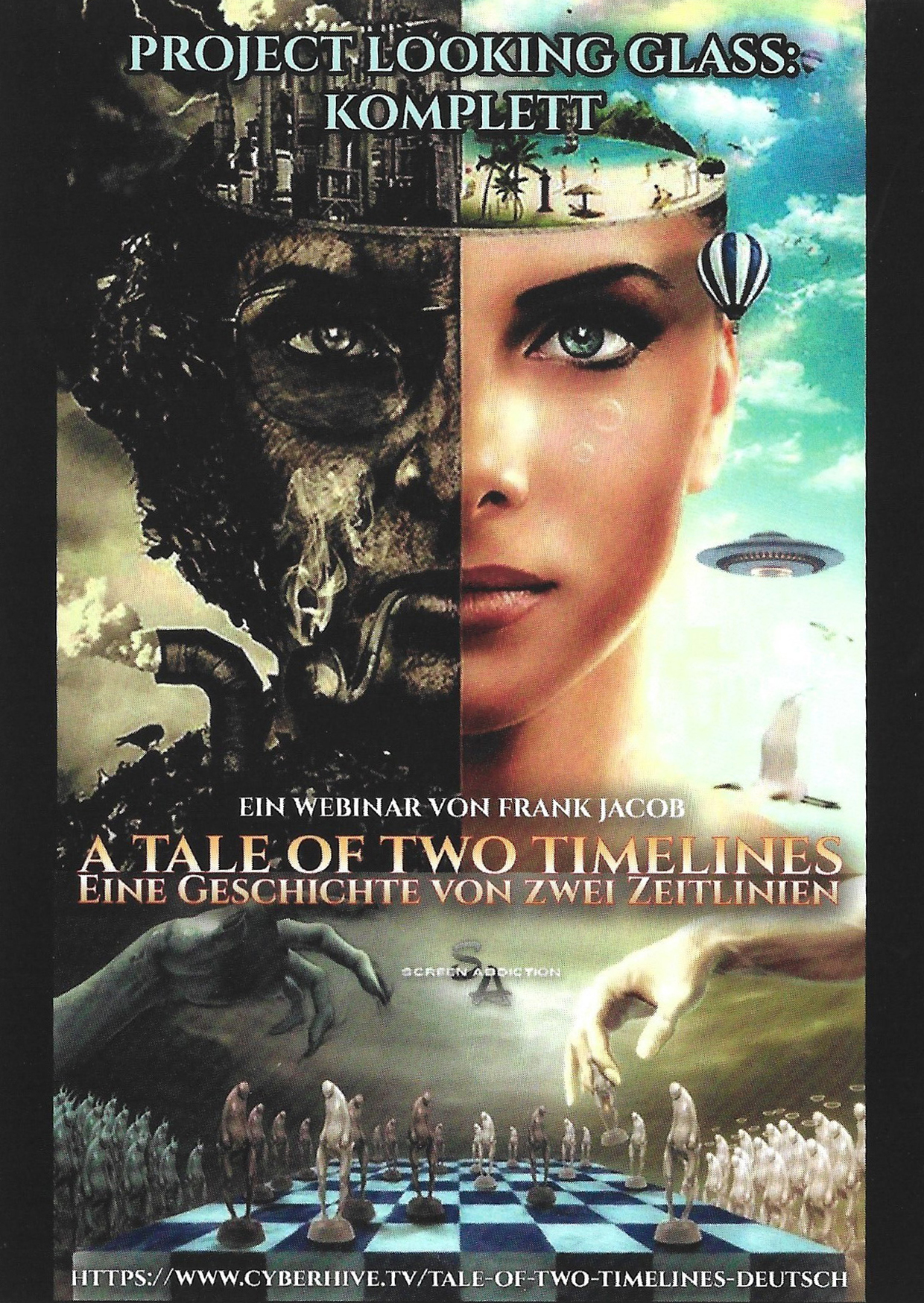 Link to the Webinar

“What’s my motivation? We have to look at facts and truths now. That’s it in a nutshell. I am just trying to to uncover this. I am like a CONSCIOUSNESS ARCHAEOLOGIST that’s going back in time to uncover all the barefaced lies, technologically, biologically, and historically.” ~ Frank Jacob

Links to the complete videos of which these snippets are taken:

Frank Jacob on the INSPIRED Channel with Jean Nolan:

Recordings from the live lecture on August 20, 2022 at the congress “Awakening into the new consciousness”.

If you click on this icon ≡ you will see an overview of all movies in the playlist.

If you click on this icon ≡ you will see an overview of all movies in the playlist.

„We are light activists.”
~ Frank Jacob ~

Films and Webinar from Frank Jacob

More infos and links to the film and webinar streams 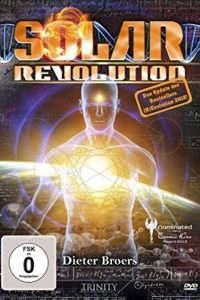 In Solar Revolution, world-renowned German biophysicist Dieter Broers makes a compelling case pointing to a wealth of scientific evidence that shows a remarkable correlation between increases in solar activity and advances in our creative, mental, and spiritual abilities.

We are in the midst of a dramatic rise in solar disturbances, which have the capability of disrupting the Earth’s geomagnetic field and, as a result, our global ecology. Broers, however, sees this not as an impending apocalypse but as the dawn of a new era.

Drawing on research from a variety of disciplines, he shows how erupting solar activity carries the potential to boost our brain capacity and expand our minds in ways we never imagined possible. Abilities now seen as extraordinary or supernatural—telepathy, extrasensory perception, and off-the-charts intelligence quotients—may soon become ordinary and natural and could very well help us solve the mounting global crises we are facing.

Humankind is going through an evolutionary leap, says Broers, and the process has already begun.

A Tale of Two Timelines - THE CURRENT WEBINAR 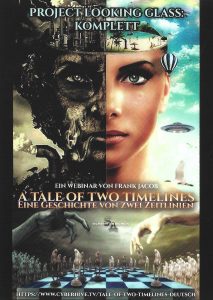 In this three-part webinar by Frank Jacob, writer and director of the award-winning film PACKING FOR MARS, you’ll learn more about the history of Project Looking Glass: the technology, its origins, related technologies, the main protagonists, the extraterrestrial element, the rogue civilization, potentially world-changing coming events, and their incredible impact on all of humanity.

Link to the webinar

Packing for Mars - One Man's Journey for Truth 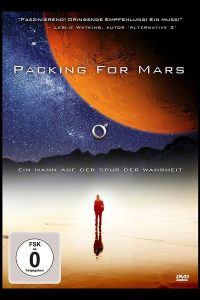 Inspired by the 1970’s cult sci-fi novel ALTERNATIVE 3, one man, armed with nothing but a camera and an open mind sets forth to reveal the truth behind what may be one of the most startling secrets: An elite group is said to be secretly building an exclusive off-world survival colony on planet Mars. Individuals have begun to emerge claiming to have been actual Mars recruits. Immersing deeply into the lives of various researchers, experts and whistleblowers who share their extraordinary experiences, we explore aspects of quantum physics, time-space travel, teleportation, top-secret space missions, Planet X, breakaway civilizations and more. Shocking and inspiring, this is a true story of enlightenment that forces us all to rethink our reality.

Indiana Jones, the fictional adventurer and treasure seeker introduced in ‘Raiders of the Lost Ark’ lit the world on fire with ideas of ancient mystical legends. But little is known about our true ancient past. Klaus Dona, an adept researcher on a quest for artifacts, held the world’s first ‘Unsolved Mysteries’ exhibit to Vienna in 2001. The over 400 original artifacts on display revealed a forbidden archeology and pointed to lost civilizations whose acceptance would re-write history.

Crystal skulls, ancient world maps, mysterious continents, Atlantean relics, golden space craft, tools that defy modern technology, magnetic pyramids that glow under ultraviolet light, and evidence of giants 25 feet tall! Join Klaus as he details his findings in Secret World I, the first in a series of DVDs that chronicle his adventures and discoveries.

Valiant Thor, a universal emissary, arrives to Earth on March 16, 1957 to meet President Eisenhower, along with VP Richard Nixon, Joint Chiefs of Staff, CIA, FBI and NSA directors. Thor, acting on behalf of a Galactic Council of Twelve, hands the President a cosmic proposal. The proposal focuses on the dangers of atomics, pollution, the benefits of free energy, and the elimination of poverty and disease to improve quality of life. Valiant Thor is then put on VIP status for three years to discuss, oversee, and potentially implement the plan. The Washington brass eventually learn that Thor is a created being, a man with divine powers, not born of man and woman, and cannot be killed.

The Joint Chiefs of Staff want Valiant Thor’s flying saucer technology. AF General Browning is a member of MJ-12, and the alien tech they have in their possession at Area 51, pale in comparison to Thor’s organic Victor Class Saucer Fleet. These craft are living intelligent beings. The chairman of the Joint Chiefs of Staff later retires. General Browning then takes his place and promotes AF Vice Chief of Staff Davin Dervill with the caveat: to get Thor’s organic technology at any cost.

Cookie-Zustimmung verwalten
We use cookies and other tracking technologies to improve your browsing experience on our website, to analyze our website traffic, and to understand where our visitors are coming from. You can accept all cookies or select only certain ones. You can change these settings at any time.
Legal Notice | Privacy Policy
Manage options Manage services Manage vendors Read more about these purposes
Edit preferences
{title} {title} {title}
Cart0
There are no products in the cart!
0